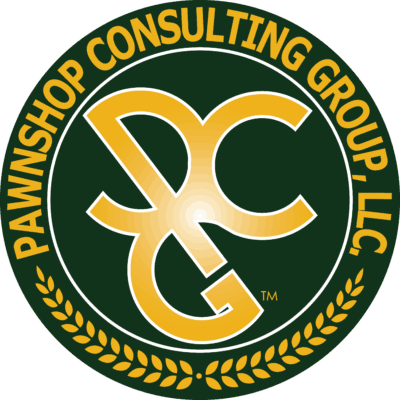 After the successful acquisition of Doc Holliday’s by Cash America, Jerry moved to Florida to work with a group of investors who wanted to expand into the pawn and auto title lending industry. The group acquired several pawn shops in addition to opening a number of automobile title lending operations, including Pawn Max, Inc., Max Title, Inc., and Payday Max, Inc. Between 2000 and 2003, he sold the Pawn Operations to PMC, Pawn Shop Management Company, in Fort Worth, Texas.

Though its early incarnation began in the late 90s, the formation of Pawn Shop Consulting Group, LLC (PCG), was formalized in 2001. This gave him the foothold to work as a consultant for organizations such as Cash N’ Pawn International, LTD., and CashWiz Holdings, LLC., among others. He provided high level consulting services while developing internal audits, information system upgrades, management oversight, development and capitalization, and played a critical role in opening more than 20 pawn locations in over 12 Caribbean countries and the U.S. with the CashWiz team initially, then went on to consult with more than 600+ clients in 45 countries globally and across the USA.

In his role at Pawn Shop Consulting Group, Whitehead served in various board positions on state and national pawn trade associations, creating a network of professional relationships and the development of his pawn shop consulting group. The group has been responsible for the sale or acquisition of more than 250 pawn shops in the last 35 years while also assisting hundreds of clients in the United States and more than 45 countries worldwide.

Whitehead, along with his team at PCG, has also created the pawn industry’s first and only Pawn Peer Focus Groups™, the International Pawn Symposiums™, and the Pawn Management Camp™ series. He is the owner and creator of the Crossover EXPO™ LLC., an educational regional pawn trade show, and the co-producer of the Pawn Summit. For the last 15 years, Whitehead has been on the lecture circuit presenting high-level information at events and trade shows in locations such as the U.S., Mexico, Latin America, Canada, Caribbean, and London.

The Pawn Shop Consulting Group is the industry leader in pawn shop consulting in the United States, with a presence in 45+ countries with over 600 clients touched in the nearly 20 years it’s been in business. Continuously raising the bar on what they do and how they support their customers, their goal is to be better every day.

PCG is the leader in pawn shop consulting.
Find out how we got here and why we continue to strive for excellence.

Reach out to Whitehead and the team at PCG today to learn how professional pawn shop consulting can take your pawn business to the next level.

Selling A Pawn Business For Less Than Its Worth Is Avoidable

Demand for Acquisition of Pawn Shops

To our Friends and Family in the Pawn Industry: Pawnshop END_OF_DOCUMENT_TOKEN_TO_BE_REPLACED